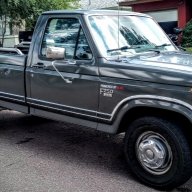 About two weeks ago while driving at "highway speeds (60)" 6.9 IDI N/A started to make a metallic rattle instead of that usual "tractor sound" while running, especially when trying to accelerate. This was accompanied by a loss of power and a significant increase in black smoke on the application of the throttle. The truck also seems to be losing some prime and creates a hard start. The issue is worse when it is warm out. I also feel a lack of compression when downshifting, making me think it may be more of a compression problem.

Took this to two local shops:
1. Gave up and admitted that they could not figure out what was wrong.
2. Checked oil pressure, and fuel pressure before the IP for 500$. They wanted 1900$ more to test the IP and Injectors.... And I really can't spend 2400 to maybe figure out the issue. Or another 400$ for a compression test.

The mechanical fuel pump is new.
Return lines were recently replaced, no leaks.
Injectors were replaced about 2 years ago.
IP looks older or original.
No air intrusion from tank to FWS (According to the shop).

I would like to narrow this issue down a little bit more but I'm not sure what to do next.

My most desperate course of action would be to replace all the injectors and the IP for half of what the shop wants to charge just to test these parts.

I'm also debating sending the IP off to Conestoga/Moose, does anyone have any experience with them rebuilding an IP or testing injectors?

Any other input or advice is appreciated.

Msch3390 said:
I also feel a lack of compression when downshifting,
Click to expand...

I'm not trying to be a smart (donkey) here or trying to be negative. How do you feel compression when you down shift?

Msch3390 said:
Injectors were replaced about 2 years ago.
IP looks older or original.
Click to expand...

Where did the injectors come from? Once again, the pump and injectors should be replaced as a set (ideally). They all wear out at the same rate. Replacing one and not the other is like replacing half of the spark plugs on a gas engine and saying "Wow. It runs better. Those must have been bad." Your symptoms of a loud, metallic rattle, loss of power, and excessive black smoke makes me think that you have an injector that's dumping A LOT of fuel into a cylinder. That also leads me to think that they were cheap (inexpensive) injectors in the first place.

Msch3390 said:
My most desperate course of action would be to replace all the injectors and the IP for half of what the shop wants to charge just to test these parts.
Click to expand...

This is not a good idea. Replacing the pump and injectors for $950 means that you would probably be using poor quality parts and this would probably lead you back to having trouble just like you're having now. I know that quality parts are expensive, but the importance of buying high quality fuel system parts just can't be stressed strongly enough.

Msch3390 said:
I'm also debating sending the IP off to Conestoga/Moose, does anyone have any experience with them rebuilding an IP or testing injectors?
Click to expand...

I've been running a Moose pump and injectors since 2015 and I'm happy with them.

It feels like the engine used to "grab" more if downshifting to reduce speed with the brake.
At this point, I scheduled a compression test for this upcoming Tuesday.

After a closer review of the maintenance records (Which seem fairly complete back to 86), it looks like only 1 injector was replaced in 2017. The shop charged 350 and the quantity line on the invoice is blank. Other than that there were no indications of injectors or the FIP ever being replaced. According to all the registration information the truck should have 160K miles on it.

I spoke with the folks down at moose, and it looks like it would be closer to 1300 for a set of injectors and a baby moose. As long as the compression test comes back right that is the route I'm looking to take. 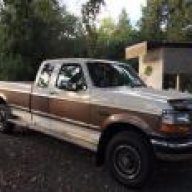 You should use the first shop to explain to the second shop how outta bounds they are!
At least #1 is honest!
#2 needs a blanket party!
Mels prices plus say 4 hrs labor are realistic!
You should hall of shame #2 shop...
Just my .02

At 160,000 miles, it's time to do the pump and injectors. They are worn out at this point. The engine may still run, but once you install all of the new parts and get the timing set, you'll think that you have an entirely different truck. 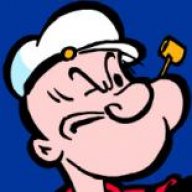 Just a thought, but make sure your exhaust is not plugged. And no restrictions in your fuel line going to the motor. Mechanical fuel pump works properly
You must log in or register to reply here.

7
Smoking black after new injectors while foot on the gas with a stock setting injection pump.