Which are the best and/or worst Duramax years? 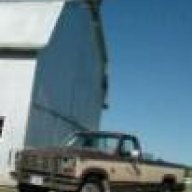 I've read a couple years ago that a few years of the duramax production were prone to being problematic. IIRC those years are 01, 02, 03 & 04 but correct me if I'm wrong. A friend at work is looking to buy a duramax and I just want to steer him clear of any of the years that are prone to having problems.

I think he's looking at an '02 right now. Which IIRC is the worst of all 4 or the problematic years.
W

01-02 had injector issues, which still to this day are issues even after "redesigns"

04.5-07s are generally the most favored models. IIRC its the 04-05's that have some issues with overheating on heavy loads. 06+ they have the 6 speed Allison

I had an 2010 that was a total POS. I got rid of it with about 7k miles on the clock. New Turbo, New EGR, bunch of new electronics, and DPF replaced (all warranty of course, but still..) ALso the sheet metal on the new ones is paperthin 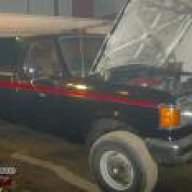 The very best years to own are the 06-07 LBZ (Classic Body). The 07.5 is the new LMM new body style and has the DPF on it which robs fuel mileage. The LBZ has the most hp and torque only a catalytic converter in thye exhaust system that is easily done away with. The least problems are with the LBZ models. The known issues are leaky transmission cooler lines in colder weather but we sell a kit to fix that for good. The 06 and above have the 6 speed Allison Trans which is the best towing transmission on the market. 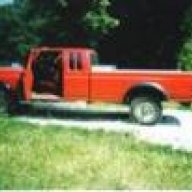 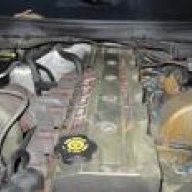 01-04.5 lb7 had injector issues, alot were replaced under warranty put the warranty to 200k. 04.5-07 lly had restrictive turbo mouthpieces, like to blow HG's and 06-07.5 were lbz's and lly's the only difference was the tune between the two, LBZ is the absolute best motor, just didnt have mahle pistons like the true LLY's and LBZ's, cant really handle above 550-600hp. the LML and LMM have DPF and DEF, dont know much else about em. handle horsepower well. i love my dmax, dont give me a problem. 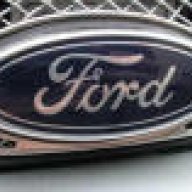 Which are the best and/or worst Duramax years

I know there are alot of aftermarket engine tuners for the duramax and different products you can get along with them. SO i know there is banks, edge, bullydog, hypertec, probably westers and what else...? My question is, which one is the best and why. 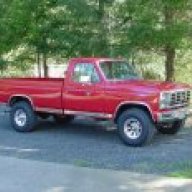 Stay away from "canned" tunes for any vehicle.

Stay away from "canned" tunes for any vehicle.
Click to expand...

I have not had a bad one, a few small issues easily solved under the warranty or a solution found on this and other sites from members who always help.

I had an '01 and solved the injector issue with a Cat Filter first out of the tank, then on to the OEM filter which was not a good filter and allowed a lot of junk through to the Injectors before I added the CAT filter. Traded it in on an '07 which was a great truck, no issues at all. Traded that in on an '12 and had a couple sensors replaced. Traded that in on a '17 and only issue was leaking OnStar antenna on the cab. That truck got 22MPH when not towing with cruise on set at 70MPH. Maybe the best truck of all. Just traded that in on a '21. Arriving this week, maybe today and can't wait to run that 10-speed Allison through the gears.

I do a lot of towing going to car shows all over the country in the summer months (I am retired) and the Duramax has never failed me, not even a flat tire (knock on wood).

If you wonder why I trade them in every 4-7 years is because these trucks are in high demand and really hold their value like nothing I have ever seen in my lifetime. It makes it easy to trade up when you get so much value on a trade in. I just traded my 2017 Duramax with 49K and got $53K trade in value and walked away with a fully loaded 2021 LTZ, tax, license and 10-year extended warranty and rebates for $21K out of my pocket. You just can't beat the Duramax for holding value. I could have kept the 2017 another few years, but why wait at these values.

Realize this is an older thread as I was looking for info on the '21, but wanted to share my reason for loving these trucks and yes I have not had the nightmares others have suffered or my opinion might be different. Overall I don't think you can go wrong with the Duramax.

I have not seen this posted anywhere before so I will share it for those looking for a used Duramax. You can get a good idea how the truck you are considering was used by dividing the engine hours into the mileage and get an average speed of the truck over it's life time. Low average speed may indicate the truck was left idling or used around town as a daily driver.
High average speed indicates a truck that was used on the highways on trips where it maintained higher speeds. My 2017 for example was used mainly in the summer months on road trips and was not a daily driver in the winter months. The average speed when I traded it in was 44MPH.

Jus another tool for you to evaluate the truck you are considering.