Potential but or money pit 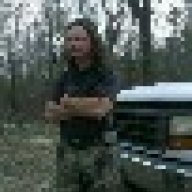 Alright y'all. I found an 07 F250,extended cab, 4wd, with a 6.0L. Straight looking truck in good condition. Supposedly everything works on it... except the engine.
I'm sure we're all aware of the general problems with the 6.0L, but they're only asking $2500.
My question is would you touch it or run away? I know getting the 6.0L right costs a lot of money and can potentially be an endless money pit.
If you did buy it, what would be your method of working on it? I know there's a lot of unknown information here, but any advice is much appreciated. 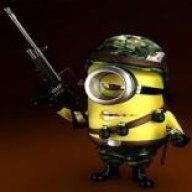 With a bad engine, base your price on the whole driveline being bad.
Unless you have at least a additional $5k ready to throw at it for a used running engine, you should pass.

That's about what I figured I would be looking at. So the question becomes is the truck worth $8000 to me, basically.
The price of trucks has become utterly ridiculous. 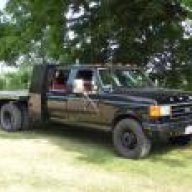 diesels in good shape in my area are stupid money.

i hear people rave how impressive the 6.0 CAN be WHEN it runs...

dont mean to be that guy but if i had that truck it would be getting a cummins or inline 6 diesel of the like. 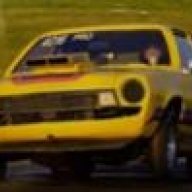 If you can buy a new short or long block and you either run the right coolant and monitor the oil cooler temps, 6.0 PSDs can be very dependable even without studs. You could also do all the bulletproofing on a new rebuild and get a dependable power plant too.

Jasper brings up a good point on considering the entire power train, as a set of injectors and/or a transmission will set you back another 2-3K, so you just have to know that going in.

Yes, the price of used trucks is insane right now. Building a 6.0 PSD with some sweat equity vs buying an insanely overpriced diesel that is complete: pick your poison.

The ext cab longbed is probably THE most common truck configuration. Lots to choose from without going down the broken 6.0L rabbit-hole.

If it had a 6spd, it's a good chassis donor for a project. (Adapt to a different engine.)

I've decided to forgo the gamble on this truck and instead invest in the rather known commodity of my 95 7.3L. By all appearance it's going strong, but the pickup itself needs a lot of TLC.
Thanks to everyone for sharing your wisdom. 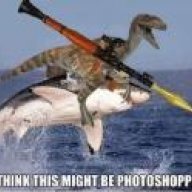 I would much rather deal with an engine problem than body work. The 6.0 when deleted, studded, and moderately tuned is phenomenal. And as others have said, if you do an engine swap to a DT360 then you'll have about the best you can get. Personally I would have stayed away because it doesn't have leaf springs in the front.
Last edited: Jun 8, 2021

My 03 excursion with a 6.0 is a monster and super reliable also its npt tuned or deleted just maintained it has 308k on it and thats stock injectors and hpop the 6.0 is awesome where is this truck maby I'll buy it

Oledirtypearl86 said:
My 03 excursion with a 6.0 is a monster and super reliable also its npt tuned or deleted just maintained it has 308k on it and thats stock injectors and hpop the 6.0 is awesome where is this truck maby I'll buy it
Click to expand...

Lists $2,8xx but they'll definitely take $2500. Truck looks in good shape other than not running, and I don't have any idea why it's not running.

direwulf23 said:
Lists $2,8xx but they'll definitely take $2500. Truck looks in good shape other than not running, and I don't have any idea why it's not running.

Sent from my LM-G820 using Tapatalk
Click to expand...

Mow it over and think about it. If still around you could try going the last day of the month an hour before closing and offer them $1,500. But its a lot of work and money to get it going.

Not many folks out there like Oledirtypearl86 who have the time, money, and knowledge to fix these. Also Chevy probably does not want Fords sitting around the parking lot. Not too good for business! End of month is all about how many trucks did they sell!

I went to a buy a snowmobile two years ago for my son. Guy had a 2009 with 230,000miles and a blown 6.4. (Guessing his injectors failed.) He was asking $2,500 but would let it go for probably $1,900. But the truck had some dents, some scratches, the interior was not well taken care of, tailgate had a big dent in the top.(He had a heating and cooling company and it was his daily driver.) So I thought about it. Figured I would have to put in 7-8K to get it back on the road. Figured for 11 or 12k, I could do better on CL or Offer up on a running one in good shape. So I passed.
You must log in or register to reply here.
Share:
Facebook Twitter Reddit Pinterest Tumblr WhatsApp Email Share Link