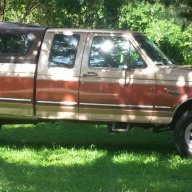 chillman88 said:
Wow that's cheap for what it is. I'm curious to hear how you like it.
Click to expand...

I did a bunch of research, it seems like the air required is pretty slim. But still, I'm a bit worried that my minimal compressor will work for more than small jobs but I'm pondering running a pancake compressor in the mix by adding a additional air storage tank and feeding both to the tank. I'll put a two stage dryer after the tank and a little disicant dryer just before the gun
Ghetto paint shop...
I'll let you know as soon as I manage to roll this eight ball off my shoulders... 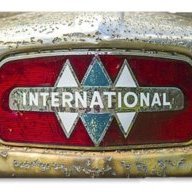 Shame you're down there, I have a spare air tank in the barn. 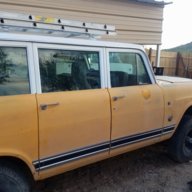 saburai said:
Not at all! Thanks for your input! Any suggestions?
Click to expand...

I dont but there's one on Amazon for about 500, fuji semi-pro 2 that has good reviews and you could always return it within 30 days

idiTravelAll said:
I dont but there's one on Amazon for about 500, fuji semi-pro 2 that has good reviews and you could always return it within 30 days
Click to expand...

Yes, I was poking around Amazon and saw those. There are many options available, but let's see how the LPLV sprayit does first....

Oledirtypearl86 said:
My buddy has a shop does nothing but restos and he swears by the cheap harbor freight cup guns pretty sure I have the same 40 dollar set he does only difference is his are clean lol but he does like 2 full restos a year and they are nice cars think he has a 40s Willis on his rotisserie tight now
Click to expand...

The issue with all the old school as well as hplv guns is that you need quite a large compressor to drive them effectively. The LPLV Sprayit gun that I bought allegedly can run on a lot less pressure and CFM. We shall see...

We set up the following out door paint booth and bought the following equipment to paint my son's 67' Ford Galaxie engine compartment and inner fenders.


1) We built a copper pipe air dryer and it worked great. Never had any water issues at the gun. Ran hose to the dryer, then a 50' to the painting area. Our friend has a large air compressor so CFM was not an issue.


We picked up everything for the dryer at Home Depot. I want to say we paid around $325.


a) Used a sheet of 3/4' thick plywood. We decided it would all have to fit on one piece and we would fasten to the plywood with pipe holders. That way it was portable/movable.

c) 3/4" hose bibs as the drains. It has 3 different lift/fall sections with a drain at the bottom between sections.

d) Air enters on left at top and exits on right on top.


2) We used a 20'x20' tent with 6mil visqueen for the walls and floor. Used three box fans with 24"x24" air filters on one side and three 24"x24" filters in a wood box frame on the other side. There was decent ventilation and the filters caught a good amount of the overspray. We used a heavy duty air respirator and safety glasses when spraying. Sprayed each coat and left for 15-20 minutes to let the air circulate and the overspray dust to get sucked into the fan filters.


3) We used a Iwata kit from Eastman.com that was $200, but it did not really spray in a fan, rather it sprayed in a circle so a little disappointing. (I did try adjusting to no avail.) It did the job but I wanted something we could paint the car with down the road. So will have to see if Iwata has a different fan tip that will fan out to better paint the exterior.


4) We found a used professional desiccant system on OfferUp.com for a paint booth. I believe it was by DeVilbiss and then bought the recharge kit. We did not use it for the engine compartment but will use it on the exterior paint job.


5) We tossed the visqueen used for the floor and saved the sides for future painting. Outside of a little overspray on the tent edge at the top, you could not tell anyone had painted.


We used the Eastman.com mid range rust encapsulator which is black in color as the base paint/primer. Which I liked so when we shot the flat black top coats, if we missed a spot or two, you would not see grey encapsulator or grey primer. Both paints shot nicely and laid down nicely. His engine compartment came out great. It will be fun for my son to lift the hood for his buddies and then have them see his ford blue 390 with chrome trimmings pop against the deep black engine compartment. (VS this awesome new engine against a dirty, rusty, and in parts faded old black engine compartment.)

Thanks Bradd! That seems like a good setup! Would you happen to have any pictures that you could possibly share?

Thanks for getting me posting here again!

View media item 946View media item 945
Here is what we used a 20x20 tent with visqueen sides and floor. Then 3 fans on one side at the bottom with filters taped to the suction side and just filters in a wood frame on the other side. That dramatically helped with paint spray, paint fumes, overspray, and drying. (I also wore a nice respirator and safety glasses.) This tent and fan combo contained all the overspray inside. The fans captured about +60% of the overspray dust in the air. When done we tossed the visqueen used on the floor (Had paint, tape, overspray, etc all over it.) and saved the sides for another day. Not totally professional but better than in the open or on your driveway or carport. Also far less messy than spraying in your garage.

Keep in mind they now sell bounce house style paint booths for $500-800. Just hook up the fan, blow up, pull in, and paint.

For some reason I can`t open your links.
I get this...

Old Goat said:
For some reason I can`t open your links.
I get this...

Old Goat said:
For some reason I can`t open your links.
I get this...

Try again, these are just native media pictures I uploaded to this site. I just changed permissions on the album so maybe that was preventing the pictures from showing.