I've been looking for a cleaner rig for awhile now, I missed a couple rigs that popped up for sale, and up settling on a not so clean but mostly complete 92 with a 7.3 IDI and rebuilt auto trans. Was after a Manual but still needing a truck I went ahead with the deal.

So right off the bat I need to get the ignition wiring back in working order. The Ignition cylinder was broken out at one point and stuck in the on position. Someone put in a Push button start back in the day, and the previous owner I bought it from got his dirty little fingers on the old girl and started giving it the tweaker special treatment. Wires clipped, pulled, and dangling in the cab and engine bay... Not a my favorite job but it should be pretty straight forward once I track down the ignition wiring diagram for this truck.

The truck has been sitting out back at my place for the past couple of weeks while I was working on doing an engine swap, then a head gasket, and then a heater core on my Daily Driver. It's been a fun couple of weeks! The daily driver is sorted out so I wanted to get on to getting the old Ford going again.

I bought one new 850 CCA battery from the parts store, and charged up the old battery, let it sit for a couple days and tested it, seems good. Popped both batteries in, not knowing the specifics of the ignition system, and never hearing the thing turn over I was eager to see if it would at least crank. I jumped the main RED wire to the sending wire on the Starter solenoid in the engine bay, and it cranked over. It didn't seem to hesitate when doing so, didn't seem too slow neither too fast either. However, it definitely smelled like someone fogged it with either or starting fluid as I got some noticeable odors coming out the intake when cranking. Got Fuel injector return lines to throw on it once I get the ignition switch sorted out.

Does anyone have a safe clever way to just bypass the old ignition switch and the aftermarket push button setup, to temporarily test the ignition system from the engine bay? I doubt using a screw driver to jump leads on the starting solenoid every time I want to crank it is a good idea.

Also on the hunt for any service manuals or wrenching info I can download. I'm out of civilization a bit so being able to download that stuff for when the internet kicks out is a god send! 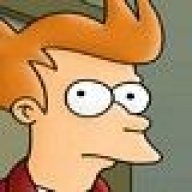 First off, replace BOTH batteries at the same time. What you have is one BIG battery in two places. The older battery might kill the new one soon. I don't remember the company that makes manuals for Ford. They are available for download. It is not Chilton or Hayes manuals...
F

Thanks for the reply dave, I wanted to make sure I wasn't working with a locked up engine before I dumped too much money in batteries. Hearing it turn over gives me a little hope. I'll get the other old battery swapped out for a new one, so it's got two fresh hot batteries. 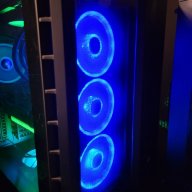 If you're looking to just see if it'll run, just run 12v to the IP and then 12v to the starter solenoid. Yeah the glow plugs won't work, but it'll bring the engine to life.

You could manually run the glow plug too. Give it a try, would be neat to see an old bird breathe again. 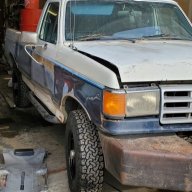 Pick up a fancy cruise control start trigger from a parts house like the one used in my fuel pump video on you tube. 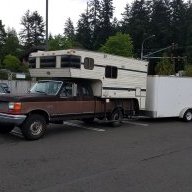 You could just run a normal momentary switch to the power lead and the small(trigger) terminal on the fender relay. I'd avoid a switch that isn't momentary for lots of reasons...

But using a screwdriver between the two works great and I've used it many times. Doesn't hurt anything.
You must log in or register to reply here.