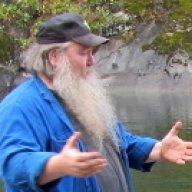 How can I help you, or make you laugh, today?

Ok, I didn't take any pictures because I was interested in getting work done, not documenting it.

Watch the video above and you'll get the gist.

I can testify that the Standard Motors PS60 does indeed work with the factory gauge.

With the factory gauge and the idiot light sending unit, if there is any pressure at all, the gauge goes to the middle and stays there.

I not only bypassed the resistor on the back of the dash, with a piece of wire that I soldered in... I then just cut the resistor out, completely. I was all in, at that point.

With the old sender in place on the back of the engine, and the resistor removed, the gauge is either pegged to the left, or pegged to the right. No in between.

With the PS60 in place instead, the gauge pegs to the left when you turn the key on.

Then after you start the engine, the needle comes up to the middle.

If you rev the engine, the needle moves more to the right. Then it goes back to the center, when you go back to idle.

So, it IS working as an actual gauge now.


I'll point out here that this seems to work with the 87 or so, up to 92. After that, ford made a different gauge to put in the dash. It will still only work as an idiot light, even if you change the type of sending unit on the back of the engine.

I believe up to about 97 or so, you can take the gauge out of a 92 dash, and swap it right in to your dash.


I never did figure out why the resistor they had in there, burned.

If anyone knows why, I would appreciate knowing. 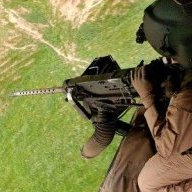 Thanks for experimenting and confirming the results. One of my next jobs will be tearing into the steering column and dash area, I will add this to the to-do list.
O

I was doing some searching for my 86 Instrument panel wiring trying to figure out what wire goes where in the traces in the plastic thing they go and what ea one is.

Came across this article might be of some interest to you.


Goat
You must log in or register to reply here.

O
Dash pad what is that stuff