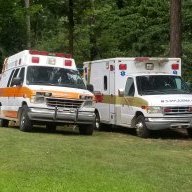 Hey all bought this truck used a couple years ago it had 250k on it. I have no idea how it was treated before me. Been running strong it now has 290k on it.

Did a Def delete and programmed chip. Other than that I've not had to do anything other than routine maintenance.

I heard a very light click sound so went home there was a slight knock..the next morning it was louder, enough for me to shut it down and have a tow truck take it to the local diesel guy.

He looked at it and said he checked the injectors, did other tests (don't know what) and said it was a #6 wrist pin...

When I use an engine stethoscope the knock is very loud over the #6 cyl.

The engine isn't missing or anything. Has the same power and doesn't smoke more than usual. There are no codes showing on the OBD.

So before I snatch this engine out, is there anything else I can check to further narrow or confirm this? Other ideas on what it could be?

Thanks for all the help...