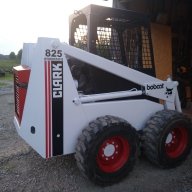 Now what this truck is doing we started out cold engine it runs pretty good you get up around 1500 RPM and you’ll start noticing a miss it’ll run like that for 10 or 20 miles. It’s warmed up pretty good at 5 miles. Now you’re getting that miss but it is tolerable. Then it starts getting much worse until it won’t run. If you let it sit 30 minutes it’ll start up and go again another 10 miles or so.

The truck has had the misfire issue for months, this issue with a dying has just started.

Looks like I'm going to buy an obd 1 scanner is there any advice on that.

Yea, it sounds like something electrical/electronic getting warm/hot from the engine coming up to temp causing it to goy wonky. Kinda like a condenser getting hot on a points system and it will run cold, the engine comes up to temp and it quits..

We had a 79 Ford Fairmont that had a.“Blue Gromit” brain box. It would just go wonky all of a sudden. It would backfire and keep running, or just die and maybe start again.. Dad would pick up another one, swap it out and it would be fine for a while…….
You must log in or register to reply here.
Share:
Facebook Twitter Reddit Pinterest Tumblr WhatsApp Email Share Link